You are here: Home / insurance / Why Technology Is Increasing Insurance Rates 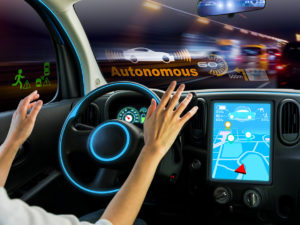 Even if you haven’t had an accident in years, your auto insurance rates are likely to have continued to rise. How can that be when every year the auto manufacturers are claiming that cars are safer and less prone to an accident? Is Technology increasing insurance rates?

Why Are Insurance Rates Rising?

The safty features are driving up our rates because, all of the sensor, cameras and computers called Advanced Driver Assistance Systems (ADAS ) are expensive to replace, repair and to recalibrate after an accident.

The AAA Foundation for Traffic Safety commissioned researchers from the University of Iowa to survey drivers who recently purchased a 2016 or 2017 model-year vehicle with ADAS technologies. Researchers evaluated drivers’ opinions, awareness and understanding of these technologies and found that most did not know or understand the limitations of the systems.

The customer appears to struggle to understand the limitations of the ADAS systems and they rely on them too much, decreasing their awareness of what is going on around them and increasing accidents. Studies are finding that the average driver is willing to give up too much control of their vehicle to the new technology.

While the cost of replacing, repairing and recalibrating the new technology in your car is increasing your rates, nothing is effecting accidents more than distracted driving. It appears the more we feel safe in our cars with early warning systems, the quicker we are to use our smart phones.

The number of smart phones in the United States increased from 75% to 81% from 2014 to 2016. As a country we are obsessed with the convenience and the amount of information we have at our hands at all times. It appears that as a culture we become increasingly dependant on our phone at all times and we want the information immediately.

While technology is definitly increasing insurance rates today, the good news is, that as these cars with technology get older, the parts and the training involved in repairing them should get cheaper.

Finding the Right Auto Body Shop Near Me

If you find yourself in an accident and you need a shop that has the equipment, training and understanding of all of the latest technology and systems in your car, take it to a Collision Pros near you in Auburn, Chico, Paradise, Red Bluff, Woodland or Loomis, California. Collision Pros where we get it right, on time, every time.

Red Bluff Body Shop So, you’ve been in an accident and you’re trying to decide where to go. In Red Bluff, CA there is one shop that stands out as the leading Red Bluff body shop. In 2019, Collision Pros, a Northern California leader in auto body repair, purchased InterCity Body & Paint. A couple […]

If you’ve recently been in an accident, you may be trying to decide the best auto body shop for you. I’ll give you my best advice when choosing an auto body shop in Loomis, CA. Avoid Shopping by Price When it comes to the safety of you and your family, shopping by price isn’t the […]