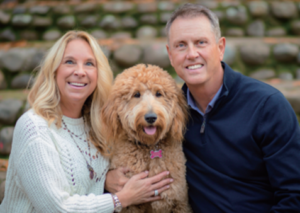 Electric cars…. What’s all the hype? It seems like everywhere I turn I see another article about electric cars (EV). With less than 3% market share in the US, what’s the hype all about?

I think a lot of us would be happy to buy an EV if they were cheaper, charge stations were easier to find, the range was better, and they had a little more style. Well, that’s exactly the hype. Technology is catching up with our desires. The car manufacturers are moving towards EVs because they see this as the next big shift that significantly changes market share. Industry experts believe that within 5 years 20% of the car market will be electric and growing. The more EVs that are built, the less expensive they become. At some point, they will become even cheaper than combustion cars and then you’ll see a rapid shift in buying behavior. Think about the shift that happened with the personal computer or the cell phone.

The infrastructure for electric vehicles is already a reality in the most populated areas, but it is spreading fast across the country. With a little bit of planning, you can already drive across the country in an EV today.

With the introduction of the stylish Tesla S model in 2012, Tesla forever changed the way we look at the EV. They made ownership of an electric car “cool”. The later introduction of the model 3 made their cars more available to the mainstream consumer, with a lower price tag and a range of over 370 miles per charge. Their technology opened the door to making the EV a true possibility for most of us.

When you build a car to go further with less energy, it requires a weight reduction. It becomes even more important when you add heavy batteries for range. This causes a problem for the engineers to build a car that weighs less and is just as safe or even safer than the traditional car. The quest for weight reduction has led to some amazing new technology, but that has created a new problem for collision repair shops. These cars may look like the cars we’ve always driven, but they are significantly different.

As an owner of body shops, I recognized the need to change the way we hire, train and tool our shops to stay up with this rapidly changing technology. Because Tesla is a leader in auto technology, I decided to pursue the certifications to become a Tesla recommended body shop. With less than 1% of the body shops in the world being part of the Tesla program, I knew that as technology advanced and improved, it would flow over into other models and manufacturers. By embracing technology, we are uniquely capable of repairing late-model vehicles that many shops simply do not understand. As a good friend of mine always says, “They just don’t know what they don’t know”. The mission of Collision Pros has been to bring the expertise and capabilities to repair modern cars to small towns that have often not had access to proper repairs.

As the obstacles for electric cars continue to be removed, they are certainly going to be a significant part of the automotive business in the near future 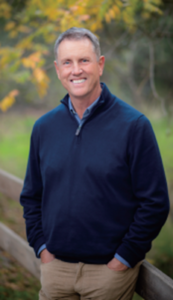