Tesla Model 3 vs the Model Y?

Tesla Model 3 vs the Model Y? 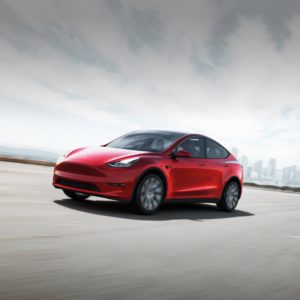 With the introduction of the model Y to the Tesla line up, a lot of people are trying to determine which one to buy. I’ll do my best to explain the difference between the Model 3 vs the Model Y. But basically the Model Y is the hatchback version or SUV version of the economically priced and enormously popular Model 3.

How are the Two Models Different?

The Model Y has more ground clearance and sits up higher like a traditional SUV. If you are driving in the snow or find it easier to get in and out of a higher car, then the Model Y may be for you.

Because of the extra room everywhere, you get a bigger boxier feel with the Model Y that customers seem to love or hate. 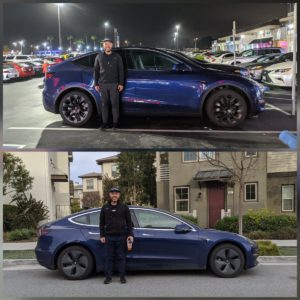 The price is significantly different between the two models. The Model 3 starts at a base price at a very economical $37,990. The Model Y base price starts at $49,990. Both of these cars are hard to stay at the base price with all the great options Tesla offers. There are some must have features that most seem to buy.

The battery range of the two vehicles is about 20% increase in distance with the Model Y. The range on the Model 3 base is stated at 250 miles while the base Model Y is 316 miles.

How are the Two Models Similar?

The Model 3 vs the Model Y review would not be complete without looking at the similarities. The two models use about 75% of the same parts per Tesla. The use of the same parts can make them look very similar inside and out.

Both models use the same motor and even though the Model Y is 344 pounds heavier than the Model 3, the speed and power is difference is hard to notice. Both cars do not lack in acceleration as has been the case in previous Tesla’s. Tesla also obviously worked hard to get the feel from the higher Model Y to feel very similar to their already very sporty Model 3 feel.

Popularity Between the Two Models

The Model 3 is by far the most popular of an already hugely popular car line. Tesla Model 3 was the hottest selling car in the market when it was first introduced. The Model Y may be a bit slower to take off for a few reasons. First, the value Tesla shoppers already bought the Model 3. We’ll likely see them upgrade to the Model Y as the repurchase. Also, the price is significantly different and that will slow some down from being as hot as the Model 3 was.

As each Tesla Model has rolled out their safety records have been stellar. Because of the advanced design of Model S and Model X, which were previously found by the National Highway Traffic Safety Administration (NHTSA) to have the lowest and second lowest injury rate probability of all cars ever tested, Tesla engineered the Model 3 to be the safest car ever built. The Model 3 achieved a perfect 5-star safety rating in every category and sub-category from NHTSA’s tests.

Even though the crash data on the Model Y is not available yet, since it is built with over 70% of the same parts as the Model 3, it is likely to have the same stellar safety ratings.

At Collision Pros we work on all models of vehicles, but we find the engineering of the Tesla using state of the art materials and technology, to be one of the safest vehicles we work on. With many Collision Pros locations having achieved the Tesla certification, an achievement less than 1% of the shops worldwide have achieved, we are equipped and trained to repair any model of Tesla you choose.

In the end the choice of the Tesla Model 3 vs the Model Y, will come down to what you need in a car. Even though they are similar to look at, they are clearly servicing different market segments. In my opinion you won’t go wrong with any Tesla.