You are here: Home / insurance / Who’s at Fault When Rear Ended in California? 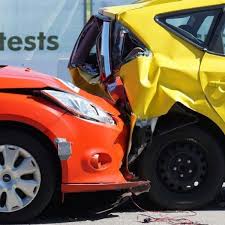 Rear end accidents are very common and the common belief of most people is that it is the fault of the driver in the rear. The assumption is that if the driver was at a safe distance the accident wouldn’t happen. In California this is not always the case. However, that said, it is most commonly the fault of the rear driver. Typically, the police report will determine who’s at fault when rear ended in California.

Car accidents affect millions of people every year. There are over 5 million accidents each year with 50% of those caused by drivers going too fast. The two leading causes of rear end accidents are excessive speed and following too close.

Determining Who Is at Fault in a Rear End Collision

If you believe that the driver in front has some fault, you will need witnesses to collaborate your reasoning. Make sure you get names and numbers of witnesses. The police officer that comes out on the scene may be your best source to help explain your story. Tell the officer what happened and help them document your side of the story.

Collision Pros offers good advice in this article, “7 Most Important First Steps After You’ve Had an Accident.”

In a Rear End, Who Pays For Repairs?

What About Fixing My Car?

No matter who’s at fault when rear ended in California, stop by any Collision Pros in Northern California and we’d be happy to help you. Collision Pros has locations in Auburn, Chico. Red Bluff, Woodland, Paradise and soon opening in Loomis California.

We are coming into that time of year where the deer start becoming unpredictable during mating season. In the body shop business there is truly something we call “deer season.” Deer season happens in autumn and will go on for a few months. The deer become completely unpredictable, once they get mating on their mind. […]

The simple answer is, “YES”, bird poop can ruin your car paint. It’s summertime here in Northern California and we all want to get our cars out of the sun to keep the car cooler and protect our paint from the damage of the intense sun. But wait, there is another problem lurking in the […]